“Very impressive result of 64% participation. It was well planned, resourced and utilised all avenues to effectively communicate. It had all the hallmarks of a real re-launch. Bringing charity partners in to morning teas with staff is a powerful way of demonstrating impact and making the experience of giving have real meaning.” 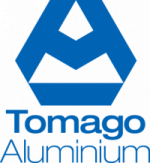