From the judges, “This is a longstanding and highly valuable partnership generating over $2m per annum for Stewart House.”

The NSW Department of Education and Stewart House have enjoyed more than 38  years in partnership, raising funds for children in need to attend a free 12-day stay at a beachside facility, with  health and wellbeing screening, treatment and educational programs.

The organisations work together deliver communications that maintain interest in the program. The NSW Department of Education shares details via its intranet, includes messages on payslips and even funds tickets to Stewart House events, such as their Gala Ball, for the highest donors as a thank you. Stewart House host an Annual Presentation Ceremony where significant donors are recognised and schools are awarded designations based on their overall and per capita donation levels which include aggregated staff contributions.

The partnership is one of the longest-running WPG schemes with a Government Department and innovation has been key to its longevity.

By 2010, Stewart House were receiving $865,000 annual income from the scheme, but nearly half of their 7,000 donors were at retirement age. Realising they needed to evolve the program to appeal to younger teachers they consulted research on motivating millennial donors. Based on this they hired School Liaison Officers who visit public schools throughout NSW to present at staff meetings. These Liaison Officers must be teachers who have engaged with the Stewart House program in order for potential donors to recognise the organisation’s worth. This face-to-face interaction, combined with endorsement from peers, has proven an effective approach for getting staff to sign up on the spot.

The donation process initially concentrated on a captive audience of permanently appointed teachers. As the workforce has changed to involve more casual teachers, Stewart House made adjustments to include direct deposit and credit card payments for those who are unable to sign up  for deduction from the Department’s permanent payroll processing.

As well as being one the of longest, the partnership is also one of the most successful – 19% of the Education Department’s permanent workforce of 12,000 employees support the program which now raises a truly impressive $2 million per year. 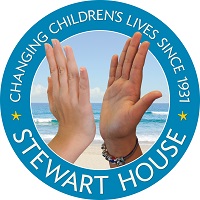