From the judges, “Starbucks has shown great senior exec buy-in and participation.”

Starbucks’ Green Apron Giving program was launched in August 2016, with the aim of giving Australian employees the benefits of a structured giving program that developed a sense of community and achieved tangible outcomes for local charities.

The Workplace Giving program was built in close consultation with Starbucks’ staff, with a committee established to manage feedback and direct the program towards its launch. The committee worked alongside The Australian Charities Fund who provided foundational support and information.

The program name, Green Apron Giving, and logo were both decided through a staff vote. Starbucks’ leadership used online surveys to establish popular causes among staff and chose one charity partner for each of the top three causes. The charities chosen were The Smith Family, Starlight’s Livewire and Animal Welfare League Australia (AWLA). Participating staff are given the choice of spreading their donations across the three or choosing to direct them to one charity only.

Starbucks’ leadership demonstrated ingenuity and resourcefulness in communicating with their dispersed workforce, flowing communications through senior managers’ meetings, making extensive use of staff notice boards in store and utilising online tool Survey Monkey. They ensured staff received details about the charity partners and the dollar-for-dollar matching by Starbucks, and importantly, to build excitement as the campaign neared launch.

Charity partners were invited to attend the company’s annual conference to provide direct and meaningful communication across store management.

Starbucks has made a bold move to expedite the program’s growth by automatically signing up new employees and giving them the choice to opt-out.

Although still in its early days, the Green Apron Giving program is notable for the collaborative approach taken by leadership in its creation. Starbucks aims to extend the program into the future by offering customers the opportunity to donate. 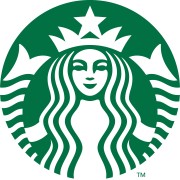