NAB has a strong and proud history of corporate and employee giving.  However, due to outdated technology and a lack of leadership support, employee participation had been steadily declining.  Over the course of the past year, the NAB team turned around the decline and built a new, bespoke digital platform, powered by Benevity.  Called ‘NAB Neighbourhood’, the program includes volunteering, giving, fundraising and granting.  Team members were incentivised to support the causes they care about, support the bank’s philanthropy, share stories of community impact and band together to make a difference.

To kick off NAB Neighbourhood, a new ‘rewards for participation’ program was introduced.  At launch, all 30,000 team members were given $10 to kick start their giving.  In addition, volunteer rewards was introduced and now every hour of volunteering earns NAB team members $5, which they can donate to their charity of choice.

Adding to the new platform, Executive Advocacy was out in force with a ‘Race Around The Neighbourhood’, which saw executives divided into teams to encourage their divisions to be the team that donates and volunteers the most over a four-month period. 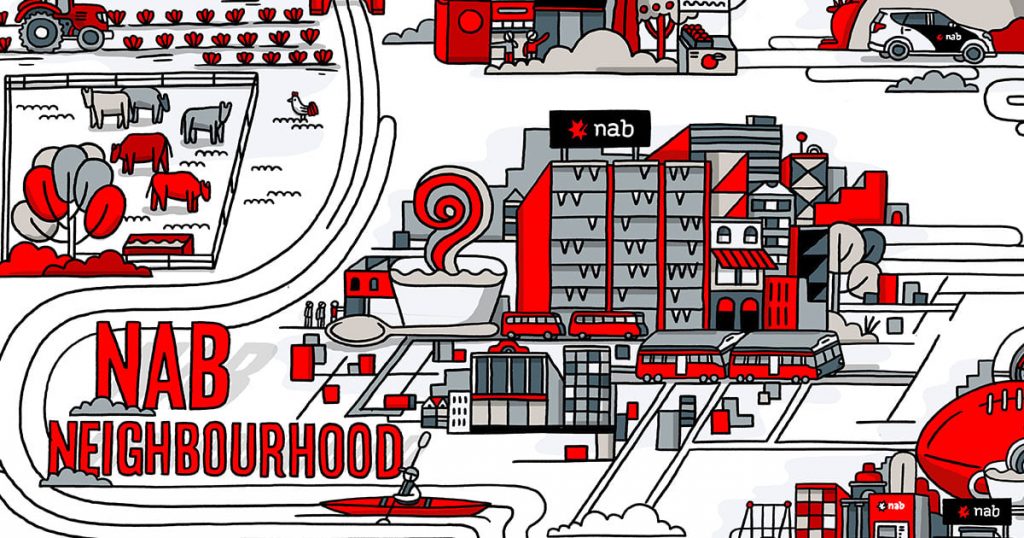