Excellent level of participation, the simplification of sign-ups was good to see and I particularly liked the use of visuals to encourage healthy office rivalry. Impressive to see workplace giving increase so much in a two-week period!”

McKinsey set a clear participation target, gamified the campaign by framing it as a challenge, and used creative comms to relaunch its WPG program to great effect. Leadership got behind the campaign with support and the incentive of committing to company and personal donations at sign-up thresholds. The campaign built off the momentum of an end-of-year initiative to increase reach.

McKinsey & Company is a global strategy consulting firm. Already running a successful WPG program with 30% participation, McKinsey aimed to grow participation above 50%, and achieved this goal in a two-week campaign.

The WPG team improved processes, especially by simplifying sign-ups, which can now be completed in five seconds with two clicks. Donors click an email/intranet link to auto-generate an email naming the charity and ongoing donation amount, then send. These details go to the WPG team, which completes the process with payroll. (Staff can of course edit the details before sending.)

McKinsey’s effective internal communications included: teasers before the relaunch; kick-off via a short, fun Zoom message from leadership; healthy competition between office locations and role types to drive up participation (see example below); personalised communications to smaller groups in informal channels, sent by group representatives; regular updates via visual messages on Zoom, Slack, and email; and a buildup to a final result announcement.

McKinsey’s charity partners were chosen to align with staff interest (via a survey) and with the WPG team’s values (e.g., ‘Effective Altruism’). The charities have had opportunities to connect with donors via presentations at company events. 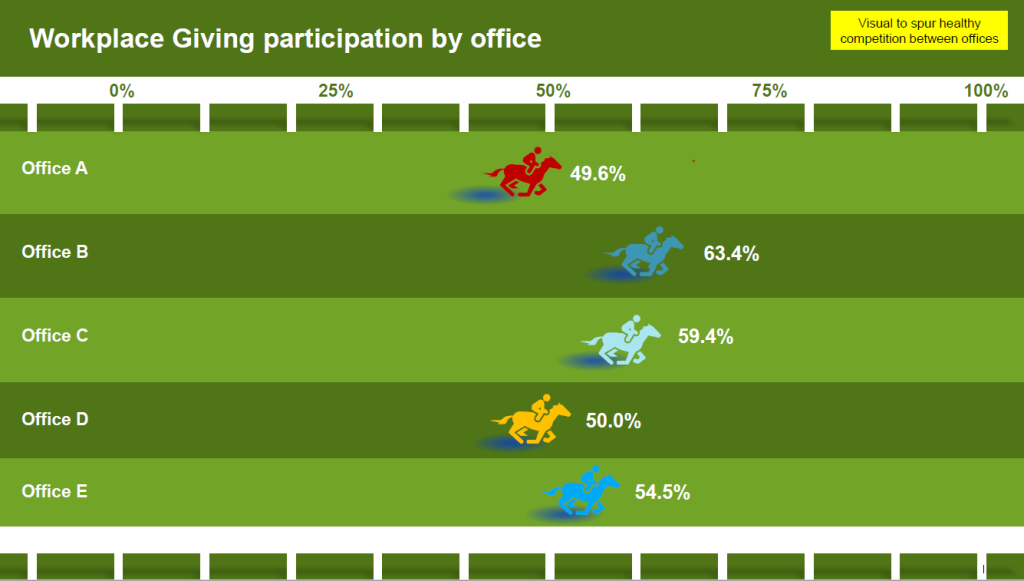 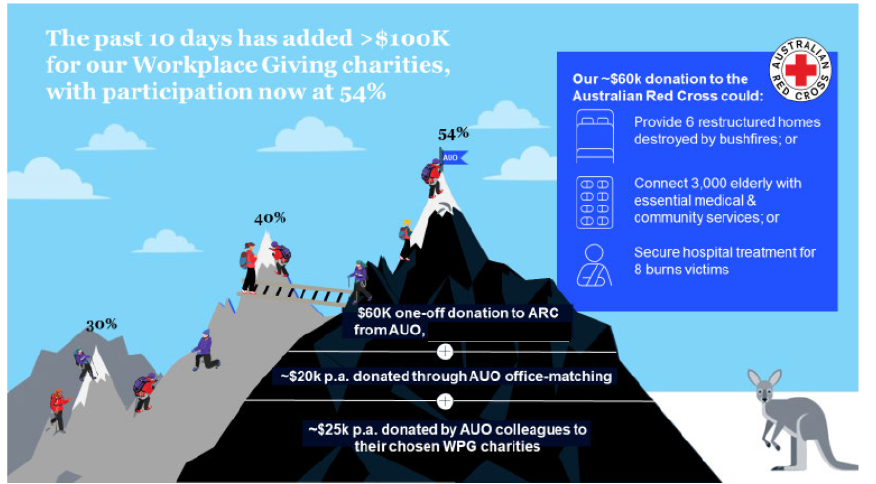