Making a Difference Out of Thin Air

From the judges: “The partnership campaign was innovative and value creating across multiple areas.”

Song Room’s vision is for all Australian children to have the opportunity to participate in music and the arts to enhance their education, personal development and community involvement.

The partnership between JB Hi-Fi and The Song Room started through payroll donations, but it was soon recognised that the synergy between the organisations could lead to a deeper relationship. The charity’s mission aligned with JB Hi-Fi’s music and entertainment offering, and resonated strongly its youthful workforce. This resulted in the creation of JB Hi-Fi’s first above-the-line retail campaign for charity –‘PlayAir’. In a twist on the usual fundraising approach of selling wrist bands or ribbons, the campaign sells air in the form of $2 ‘air instruments’ – a small package containing nothing but air and designed in the shape of a guitar, saxophone, triangle, decks, drums, or microphone. These are sold in JB Hi-Fi stores nationally, with 100% of sales going to the charity.

The Song Room manages all aspects of production, distribution and marketing. It builds fresh ideas into the campaign every year and supports JB Hi-Fi’s efforts to engage its teams during the campaign such as prizes for stores who sell the most ‘air instruments’, plus photos and videos of the best ‘air bands’ are shared across the organisation.

The key to the campaign’s success is that the JB Hi-Fi team really get behind it. Already engaged with the charity through payroll donations, they bring their passion, enthusiasm and motivation to the campaign – ‘air bands’ formed during PlayAir have even been known to produce rock clips, album covers and hold in-store performances!

Since its launch, PlayAir has gone from strength-to-strength. In its inaugural year, the campaign raised $47,000 with in-kind support of $450,000. In 2016, it generated $242,000 in donations plus $1.5M of pro-bono contributions. Over the nine years of the partnership, JB Hi-Fi has raised over $1.9M for The Song Room (via Helping Hands and PlayAir) which has enabled an incredible 24,104 disadvantaged children to receive the benefits of music and the arts in their education. 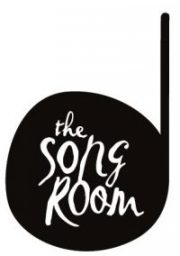